A Mission of the Heart

At the origin of Chevalier’s emerging charism was a conversion of heart. Actually, three events brought him to such a conversion. 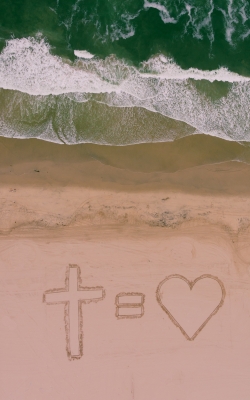 First, a clear instruction about the deeper meaning of the Devotion to the Sacred Heart, presented by a Seminary professor in Bourges.

Secondly, the reading of a book about Margaret Mary Alacoque, who in moments of mystical prayer saw how Jesus showed her his Heart, and spoke words of love for humanity.

Thirdly, also in Bourges, a retreat that touched him deeply.

His companion, Fr. Piperon, who witnessed the fruits of the conversion, notes that the young Chevalier underwent a transformation of heart. His relationships with his companions at the Seminary changed from strict and severe to kind and warmhearted, from aloof and distant to warm and understanding.

Apparently, during his first years in Bourges, Jules had forced himself to practice a spiritual life that did not correspond to his natural disposition. His behaviour was in contrast with his open and cheerful character. By nature, Jules was “lively” and “hot-headed”, with a keen sense of humor. Most likely during his first years in Bourges, Jules felt himself totally ill at ease with himself, but may have felt obliged to behave in that way, assuming that it was the way a perfect seminarian should behave.

The encounter, through the Devotion to the Sacred Heart, with the merciful Heart of Jesus, must have occurred to him as liberation. He began to realise that what the Lord expected from him was just the opposite of what he had been practising until then.

For him, the conversion of heart culminated in a new relationship with Jesus, and a new way of looking at himself. Jesus became for him “the Sacred Heart”, the Word of God becoming a human person, loving with a human heart. At the same time, he began to look at himself as a missionary, sent by Jesus, the Sacred Heart. That was the birth of his mission. (Fr. Hans Kwakman MSC)

the program of the Good Samaritan,

the program of Jesus—

is “a heart which sees”.

This heart sees where love is needed