Besides all having their origin in Jesus, one of the characteristics of Christian Spiritualities is a special ‘Gift of the Spirit’ bestowed on a certain man or woman. 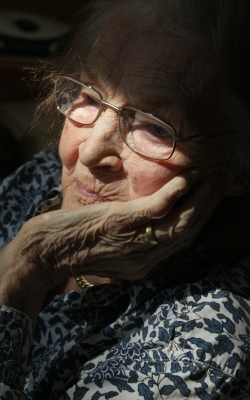 Some of us may be familiar with the spirituality of spiritual writers, who have lived in modern times, such as Catherine de Hueck Doherty, Russian American, Founder of Friendship House and Madonna House Apostolate (1896–1985); Thomas Merton (1915-1968), the Trapist monk; Chiara Lubich (1920-2008), the founder of the Focolare Movement; Anthony de Mello (1931 – 1987), the Indian Jesuit; Henri Nouwen, (1932 – 1996), the Dutch-born Catholic priest and writer who authored 40 books about spirituality, .or the well known Mother Teresa of Calcutta (1910-1997). Each of these men and women has been directed by the Spirit to live in close relationship with God and Jesus Christ. They practiced the Gospel and served both Church and society in a special way, while showing other people a direction in following a path of life, guided by the Spirit.

Some of us might also feel inspired by contemporary writers, such as Jean Vanier (*1928), the Founder of the l’Arche communities, Willigis Jäger (*1925) and Anselm Grün (*1945), both German Benedictines; Richard Rohr OFM ²(*1943), founder of the Center for Action and Contemplation in the USA, or Ronald Rolheiser OMI, a spiritual lecturer and writer, who, each in their own way, offer us a certain kind of Spirituality of the Heart, by teaching “a way of entering into our hearts”.

“Being Christian is not a result

of an ethical choice or a lofty idea,

but the encounter with … a person,

who gives life a new horizon and a decisive direction.”

Of course, the central figure in every Christian Spirituality

is Jesus Christ, in whom God has become human.

However, God “encounters us ever anew,

in the men and women who reflect His presence….”